OK ... where was I? Oh yes - the NT scan. It went great. We got to the hospital where we were having it done at 9:45am (wait - actually we were late. J and I got in a big fight about seriously, I don't even know what - totally stress induced - and that put us a few minutes behind schedule...) OK - so, 9:48am .. we got to the hospital and made our way up to the OB/Ultrasound "wing" - and signed in. And yes, I was nervous. Very. Not having seen the baby since 6w2d - I was so scared of finding out we'd had a missed miscarriage (basically a miscarriage where the fetus dies and you don't have any signs of that so don't know.) The risk of a missed miscarriage is extremely low, by the way. For any newly pregnant people who might be reading this - don't be a spaz like me! It is MUCH more common that if something is wrong - you know it!

OK - but that was a huge fear of mine. So anyway - we sat in the waiting room for a while - and then a genetic counselor came to get us. She had a really nice student with her too .. they took us in an office and sat down with us to talk genetic risks and possibilites. I had thought this part was going to be a big downer and had warned J accordingly .. I didn't want him getting all freaked out (as he has a tendency to do) over "possibilities". But the genetics person and the student were actually very cool - both very nice, low key, nothing was said that was alarming. Just some matter of fact information about where my age put us as far as risk of Down's Syndrome and some other chromosomal disorder they would be screening for (Trisomy 18? I think. I should know that. But I forget.) Based on my age our risk was 1 in 110 for Down's.

After we talked about those issues - they took a history from both me and J .. wanting to know about any physical problems in our immediate families - that type of thing. And that was it. It was an easy conversation. Then - finally - it was time for the ultrasound. We got a really nice tech - a young woman named Renee. You could just tell she was warm and friendly right off the bat. As soon as I got in the room I told her that while I knew I was supposed to have a "full" bladder - mine was more on the level of painful as I'd been drinking a big bottle of water during the genetic consult. She told me to try and let some out - so I did - not sure if that helped or made it worse actually.

Then - I hopped up on the table - J was with me - and she squeezed a big glob on goo on my tummy (warmed up goo! Which I thought was very cool of them.) My first external ultrasound too - just like a "real" pregnant lady! And then ... the moment of truth ... ultrasound thingy went on my tummy and ... IMMEDIATELY ... there was the very much alive baby ... heart beating away at 175bpm (which I thought was a little fast but Renee said it was normal and looked great.) I couldn't believe it. Once again .. my baby. And it looked a lot more like a baby too! And it was -- moving!!! And jumping! Like a crazy little bean. Tears sprung into my eyes and I started giggling uncontrollably too (which made the u/s thing bounce right off of me but I couldn't help it.) I reached for J's hand and we held hands tightly - it was so amazing (er, seeing the baby. Not holding hands. We've done that before.)

Since baby was jumping around so much Renee had a little trouble getting the measurements she needed but eventually she did succeed. Baby's little neck looked great (that's one of things they're looking for as far as the down's screening) .. everything was measuring perfectly. I think we measured 2 days ahead actually - I was exactly 12 weeks that day and we measured 12w2d.

We briefly met with one of the perinatologists after the u/s (he was a little weird .. I'm hoping I get the other peri when we go in for another u/s on June 30 but we'll see..) and then it was time for bloodwork. Went to the lab ... got stuck ... and we were done. John headed to work .. and I headed home .. and then back out - for another appointment - my 12 week check-up at the Midwife Center. While there .. midwife COULDN'T find the heartbeat on doppler! It was the first time anybody had tried on a doppler though - and I was good - I didn't freak out but it was a total bummer after such a great morning. I knew everything was OK ... but still. So I scheduled a doppler re-check for the following week and actually just went to that yesterday - and she found the heartbeat no problem. Approximately 150bpm so slower than last week at the NT scan but the baby is a lot bigger this week and everybody says heartbeat fluctuates so ... I'm feeling good. I'm feeling like this can and WILL have a good outcome.

I'm still worried about the clotting disorders and what impact they could have on the rest of the pregnancy. But so far .. the Lovenox and baby aspirin and foltex seem to be having the exact effect we want them to have. The pregnancy is going well.

I'll have another perinatal (high risk) consult - really my first "big" consult - on June 30 - same day we do the level 2 ultrasound. (Oh - we'll also find out the sex that day too, provided baby cooperates. But NT scan tech did take an early guess ... she was learning toward BOY! So we'll see if she was right in 6 weeks..)

Anyway - I have a list of questions for the peri about how the later half of my pregnancy will be monitored. I'll dig 'em up and post 'em here eventually. But again .. so far .. so good. I feel like I am officially pregnant. I've told my co-workers (did so last week the day after the NT scan.) I'm not hiding my way too big for only being 3 months pregnant bump anymore (I'm proud of that bump! I worked hard for it!!)

I feel like things can turn out OK. I love my baby. I can't wait to meet my baby. And I believe that I will. That's right, I said it! I've been so cautious and "superstitious" - I just want to let myself be happy. It's hard .. but I'm trying. It's worth it.

(Oh - duh. Quick update - the bloodwork all came back "negative" so as far as the NT screening - we were not found to have any increased risk for down's. yay!)
Posted by ONE OUT OF SIX at 1:02 PM 1 comment: 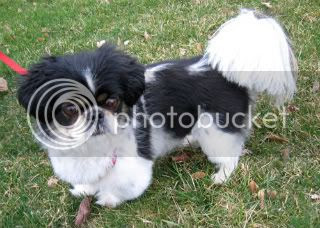 I got nothin' really. Time has officially come to a standstill. Or so it would seem. I am just biding my time until May 12 - my birthday, and day of our NT scan. I need two things to happen on that day. 1) I need confirmation that baby is still alive and growing and healthy. 2) I need to NOT be told that anything looks risky or weird.

I know having the NT scan at all is a gamble - given that it IS a screening ultrasound and they are basically looking for trouble. But I have to have it. I have no choice. (Well, I do - but mentally - I don't.) I have to have another ultrasound and this is the only way to get one. That may sound terrible to some - but you're not me. I have suppressed so much anxiety over the past few weeks - I can't concentrate on work - all I can do is wonder about the health of my baby. I just want to know we're still chugging along. Ugh. Come ON!